It’s a fact that places of employment need to upgrade their morals and get rid of all the unnecessary toxicity. For years and years, people have been fighting the unfairness that they repeatedly encounter, yet nothing seems to change. Employees are constantly being taken advantage of – however, some are simply not in the right place where they can stand up for themselves and not worry about losing their job.

Of course, from time to time, people get lucky and end up getting recruited by companies that follow safe and comfortable environments – though this practice requires time to perfect as organizations are mostly driven by numbers and not the well-being of their staff.

Nevertheless, this Twitter user showed his fellow followers an outstanding example of how one should deal with an unpleasant situation where the folks higher up try to exploit their staff. 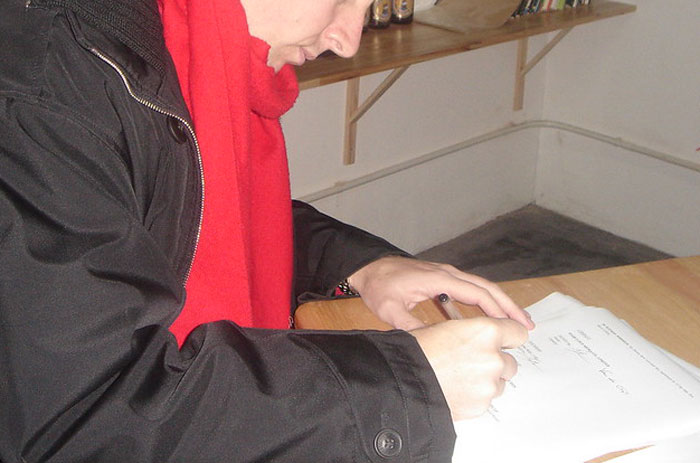 The Twitter post received nearly 300K likes and over 24K retweets. It was received greatly by a bunch of people who have encountered similar situations and by those who simply cared about the issues that often arise in workplaces.

The man behind this viral tweet is Caleb, a freelancer who is currently developing his own PC game and a proud owner of a one-person hot sauce company, or as he said “just some guy on the internet.”

Bored Panda contacted the man to find out some more information regarding the viral tweet and to hear his own thoughts on this rather unpleasant situation. 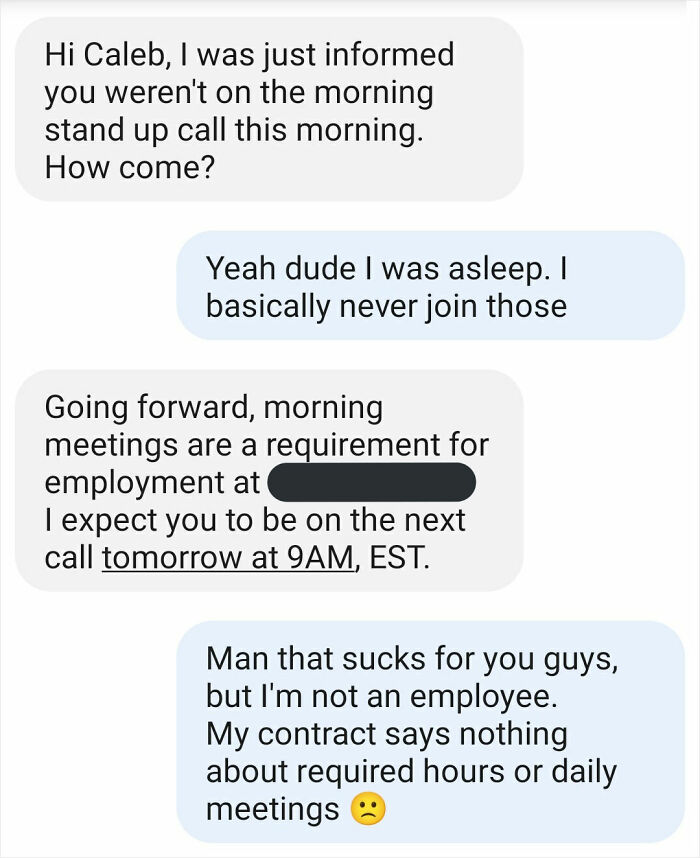 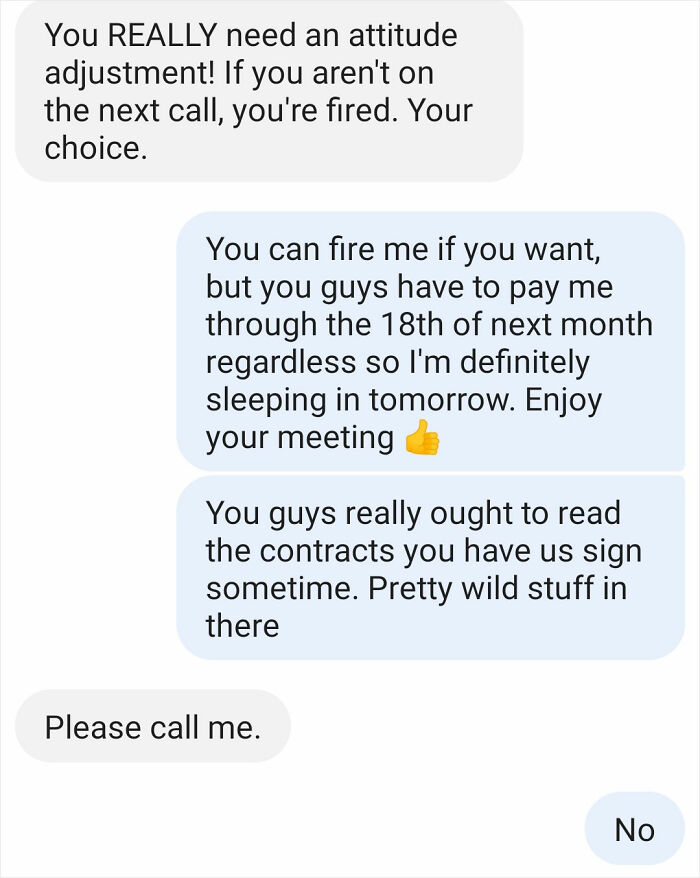 BP asked the man whether it was his first time dealing with such a thing, to which he said no, as he’s been a contractor for years. Caleb proceeded to explain that what everybody saw unfold was the culmination of many experiences just like that. Contracted workers are routinely misclassified as hourly/salaried employees, and it’s a really important distinction to make as there are serious legal implications for how each is handled.

The man mentioned that in his experience, many managers simply don’t know the difference. There are exceptions, however, generally, a freelancer has a higher tax liability, isn’t offered health insurance and sacrifices many labor protections a full-timer might get. 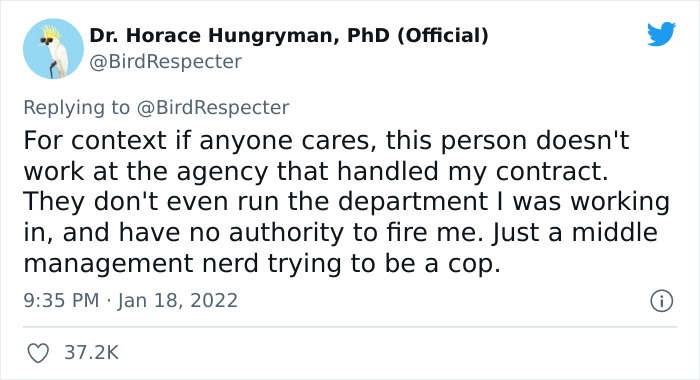 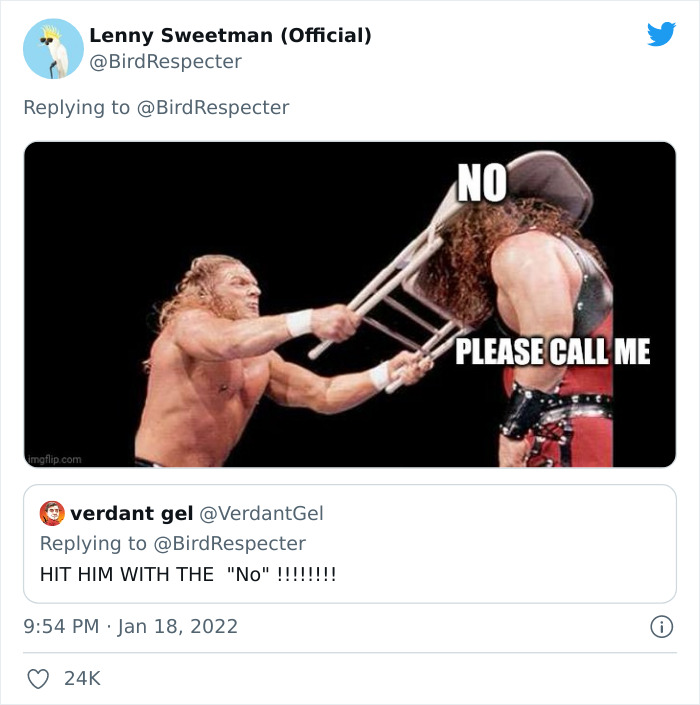 Caleb also told Bored Panda that this dynamic, however, has a lot of potential for abuse. The man received a great number of messages from other contractors swapping stories about a similar thing happening to them. He says that even the largest companies routinely face lawsuits for violating their contractor’s agreements , due to them wanting cheaper employees.

Nevertheless, Caleb realizes that the text exchange he posted was harsh, but ultimately contractors have a job to do. They often work for more than one company at a time. Plus, they don’t have time for meetings they’re not paid to be in, nor to coddle the feelings of middle managers. 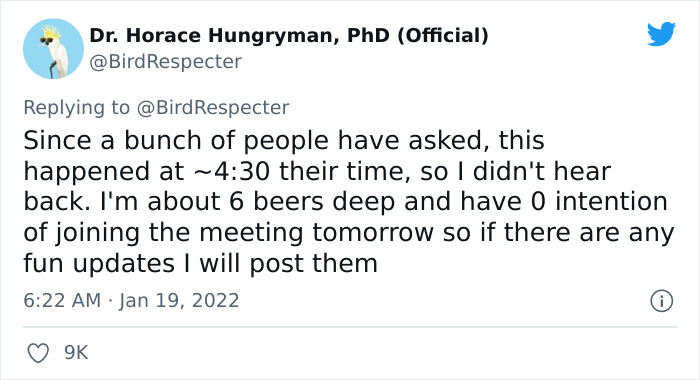 We also asked Caleb if he has any advice that he could give to people that can’t find the courage to stand up for themselves. The man went on to explain that not everyone is going to be in the position he was in, as one usually can’t just go into a conversation like that unless they’re ready to face serious consequences. However, he believes there’s a reason why so many people resonated with that post.

Caleb mentioned that right now, there’s a major shift in the attitudes of people in the labor market. Workers are seeing their cost of living skyrocket, homeownership slip further from their grasp, and are becoming disenfranchised with jobs that don’t pay enough to get by – which is why people are starting to speak up for themselves in ways that previous generations may have been reluctant to. 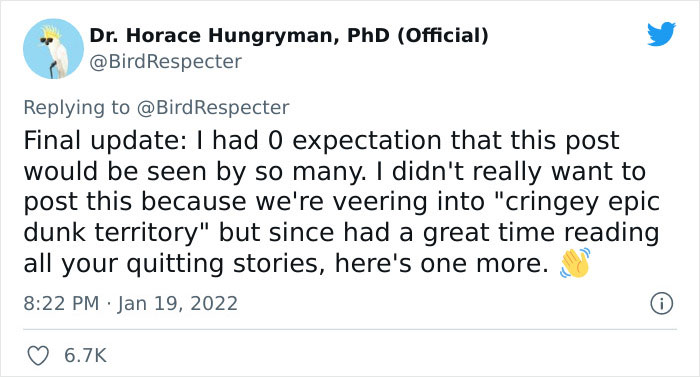 Therefore, the best advice he could give is that it’s easier to be brave when a person is prepared. One might not be able to quit tomorrow, but he believes that if someone is stuck in a dead end job, there’s someone else out there willing to pay more for their time.

However, he encourages people to talk to their co-workers. It’s generally illegal for employers to prohibit workers from discussing wages, so if you have a good rapport with a colleague, it doesn’t hurt to chat. The man also says that, if you’re willing to help one another towards better long-term solutions, you may end up surprised at what you can accomplish together. 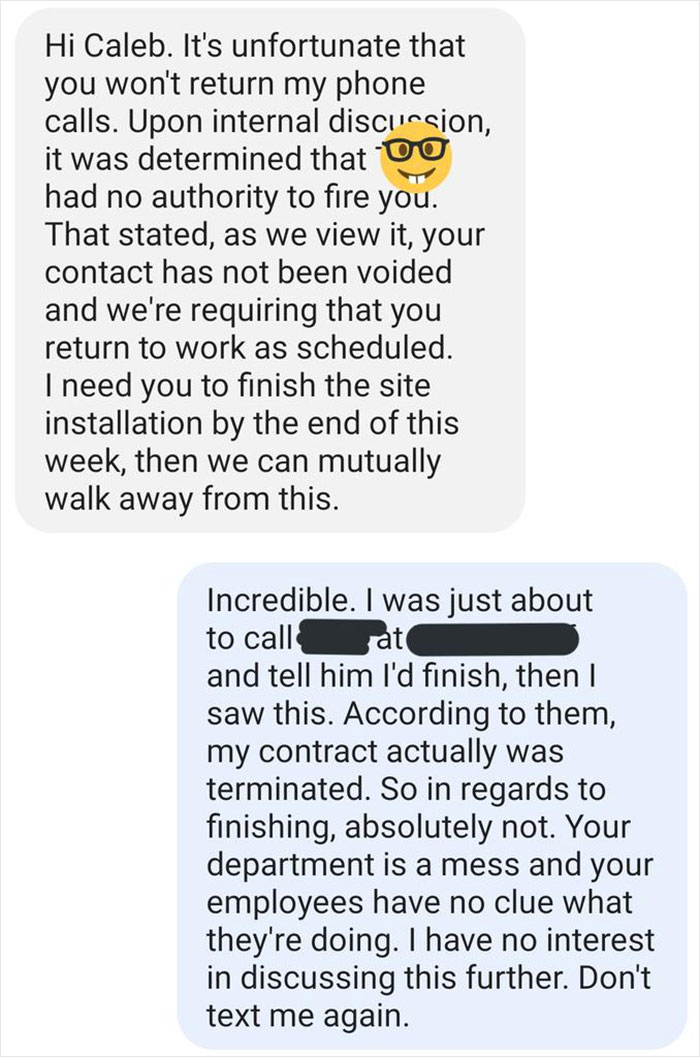 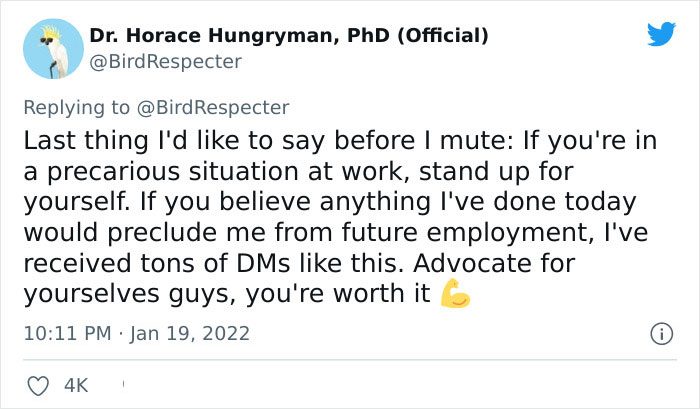 However, more importantly, Caleb wanted to add more context to the story. He says there were tons of misconceptions floating around the internet, but to be clear, the person in the post had nothing to do with the contract the man was working on.

Therefore, for them to retroactively change the terms of his contract to force him attend daily 6AM meetings, for which he wouldn’t get paid, was unreasonable. 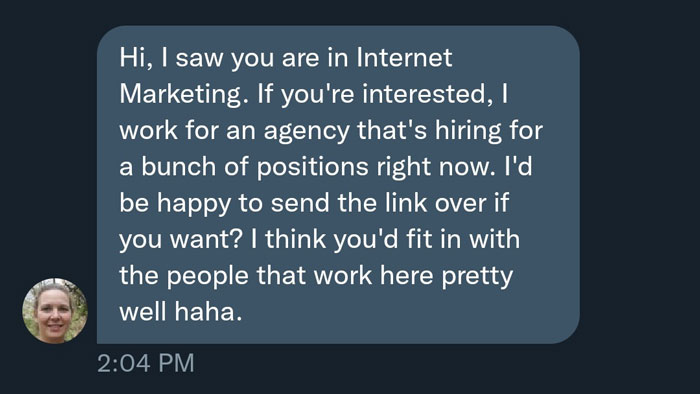 Besides, dozens of people messaged Caleb about independent contract work thinking it was their ticket to a better situation. To which he said: “that’s cool, feel free to do so if you’re reading this and you’re curious, I promise I’m nicer than you might think judging by that post.”

However, Caleb wants to use the short time this story has in the limelight not to advocate for contractors so much as to tell everyone that irrespective of employment classification, the best way to achieve better working conditions is through mutual cooperation, a radical shift in how people view work, and greater awareness of class interests.

Fellow online users supported the OP and shared their own stories 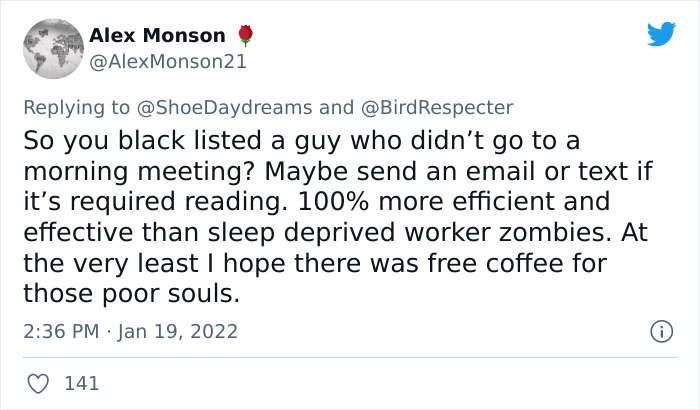 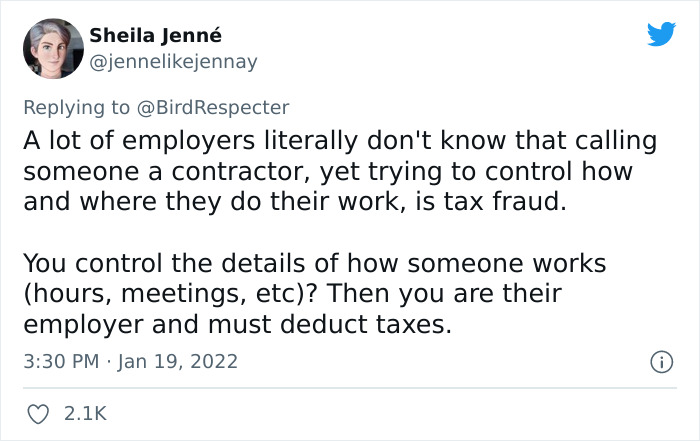 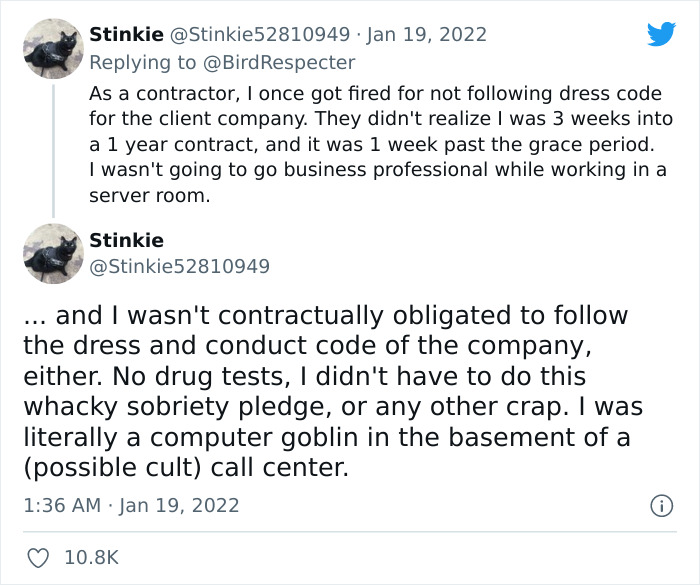 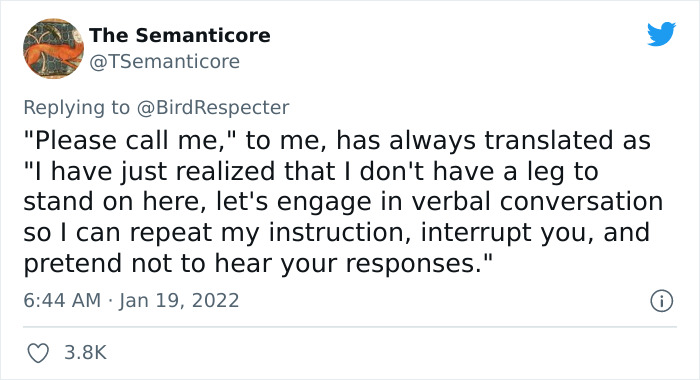 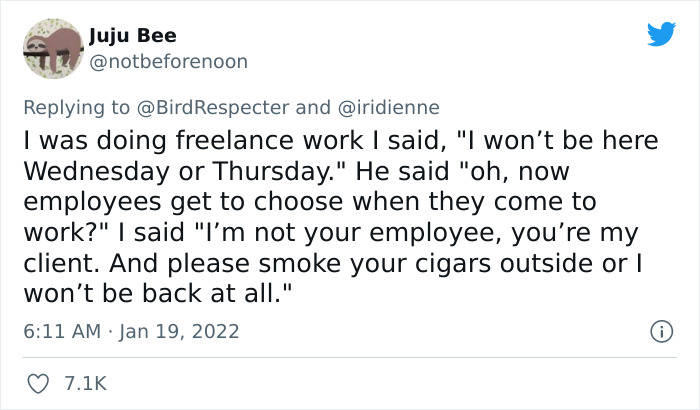 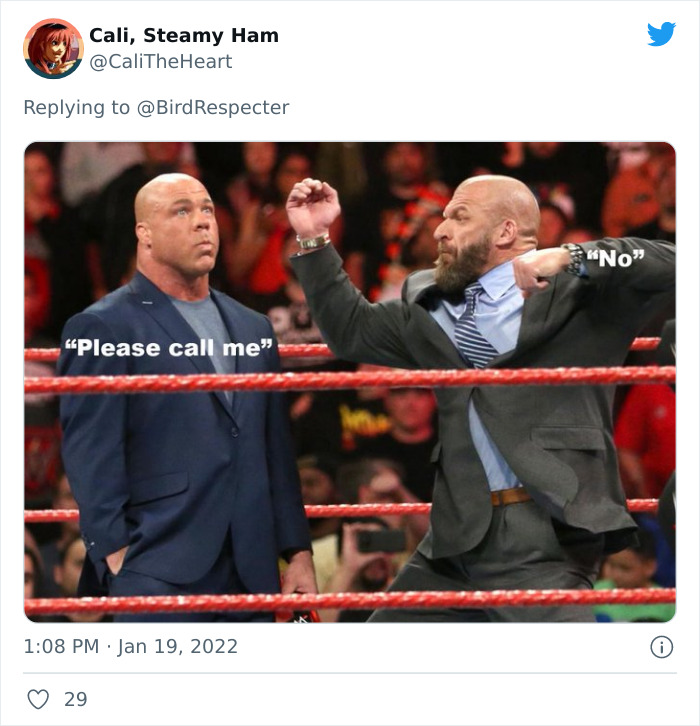 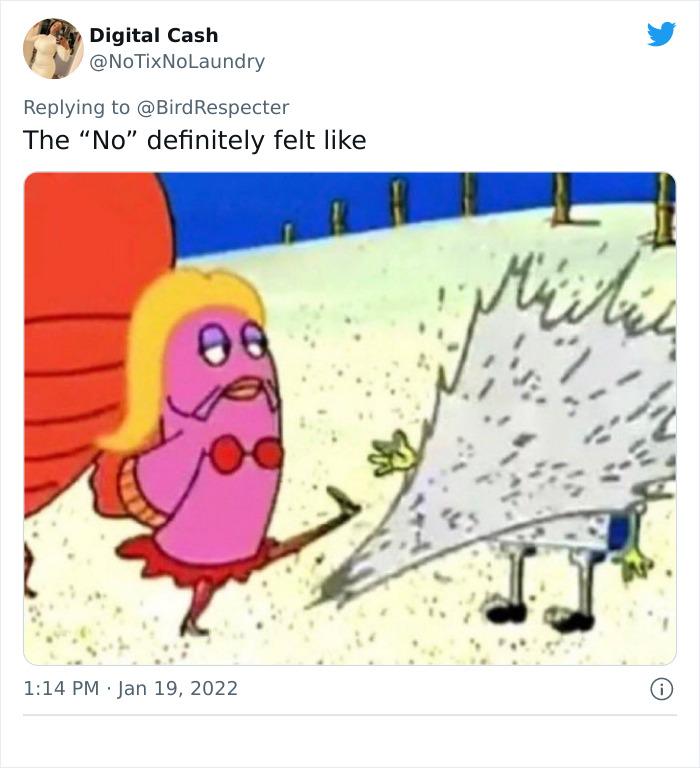 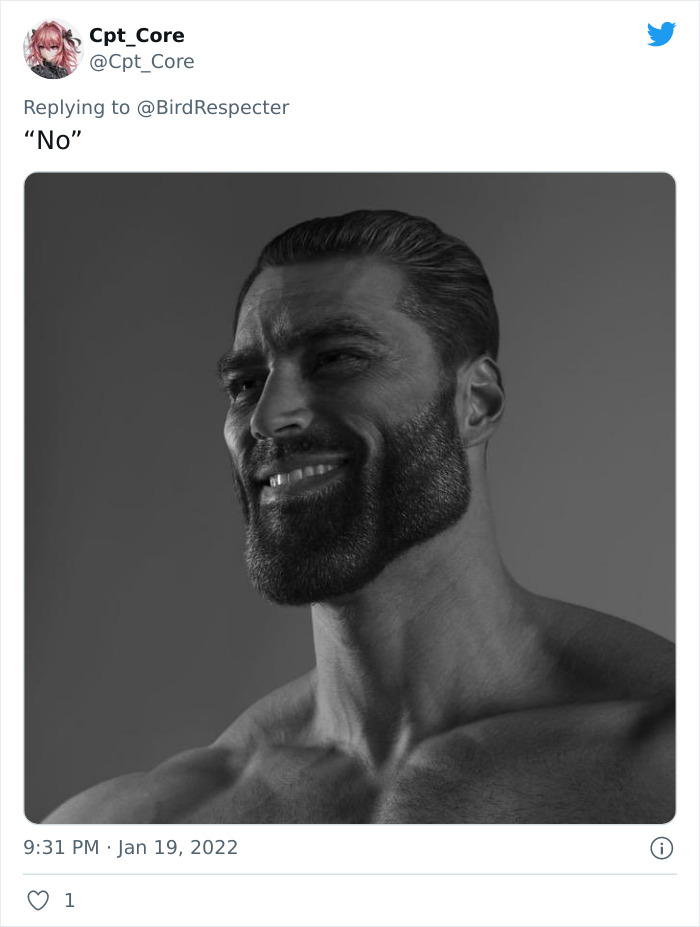 The post Boss Gets Put In Their Place After Trying To Scold A Freelancer For Not Doing Things That Aren’t In His Contract first appeared on Bored Panda.