Anyone who’s in the dating game knows it can always turn sour for whatever reason. But this 20-year-old woman who goes by the Reddit handle Throwingawaylateeer has surely been caught by surprise after her 22-year-old date made a bizarre statement.

While spending time at the author’s place, the dude “said how he thought it was so strange that women give birth through the vagina but have periods from their butts.”

“I asked him what he meant by that and he said again exactly what he had said before. I kind of smiled, assuming he was very much just joking, and said ‘oh yeah, so weird’ thinking that he was going to start laughing soon to end the joke,” the author wrote in a now-viral post on r/AITA.

But there was no end to that joke, ‘cause apparently, it was no joke at all. Scroll down through the rest of this story and be sure to share your thoughts about the incident in the comment section! 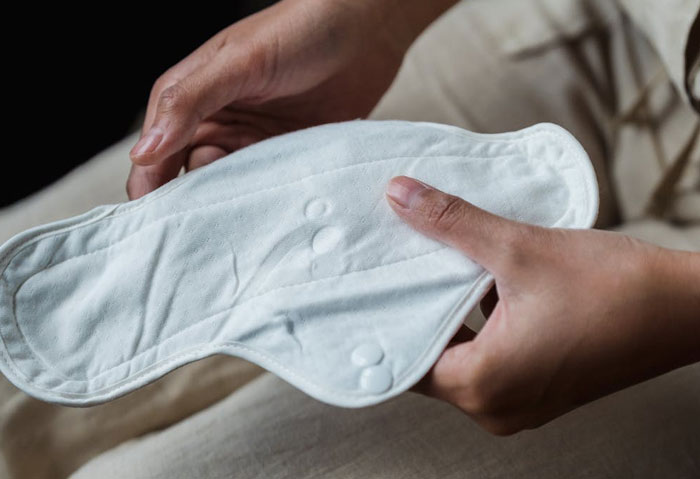 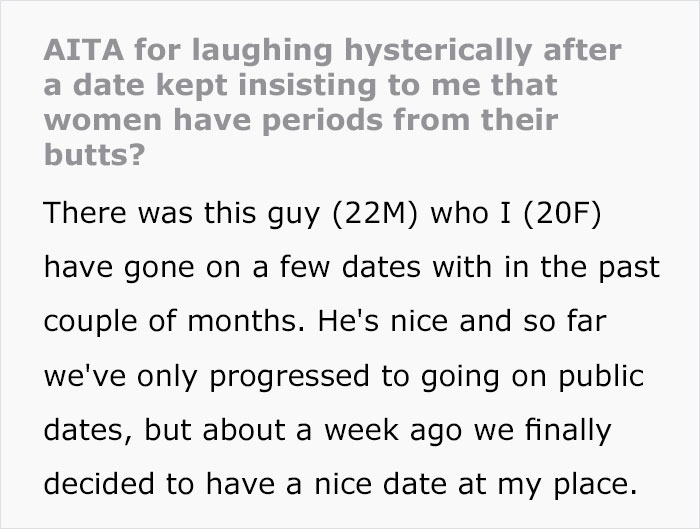 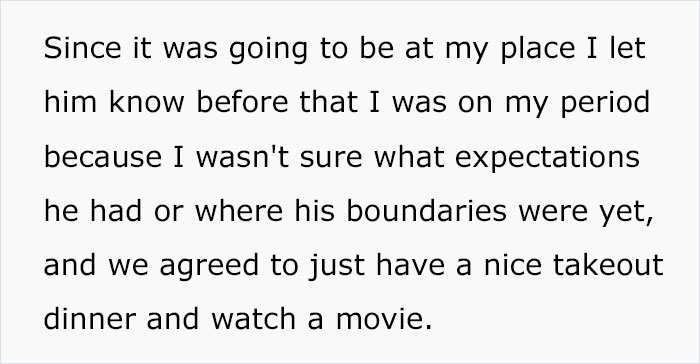 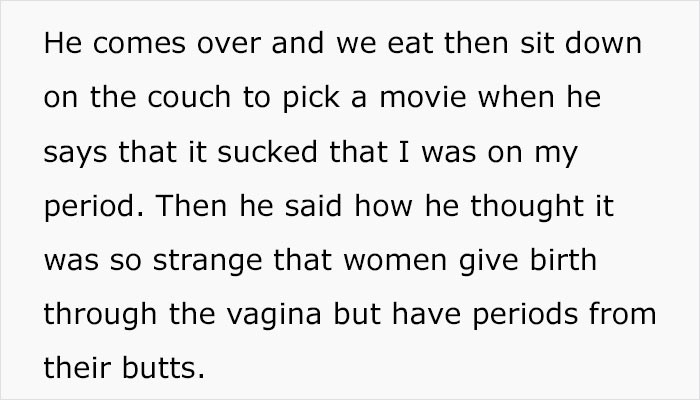 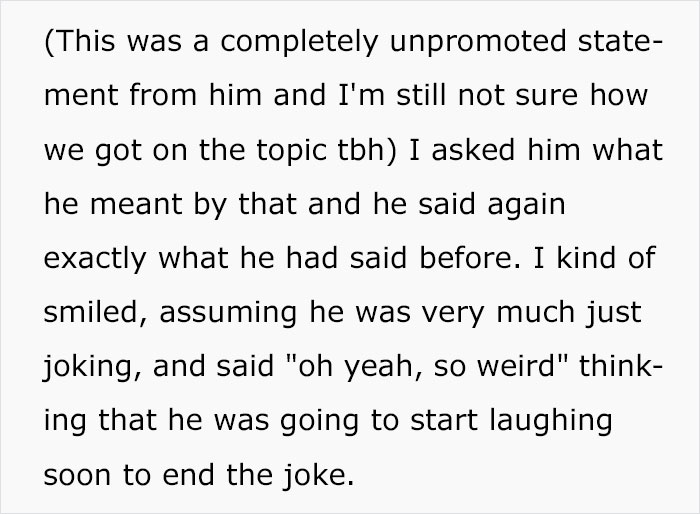 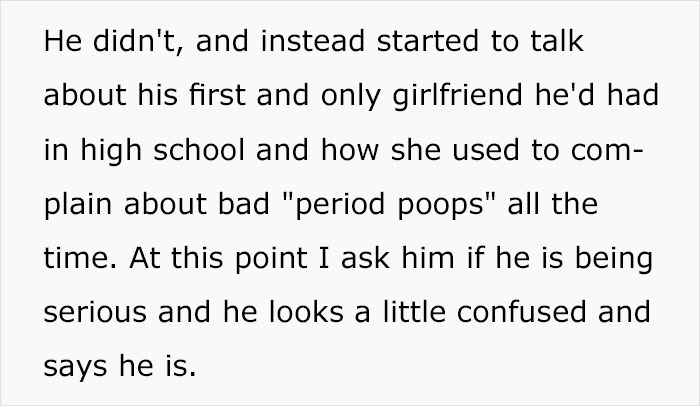 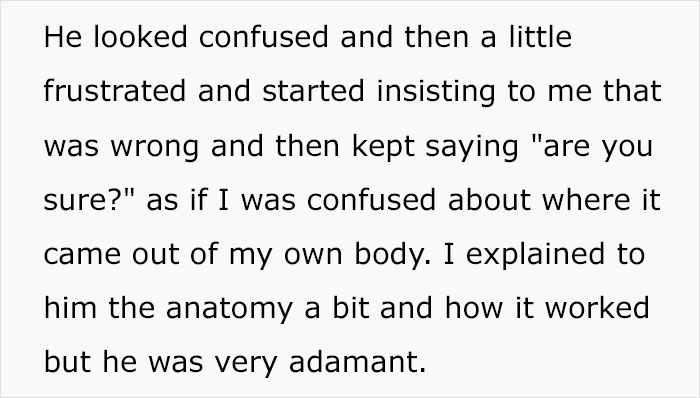 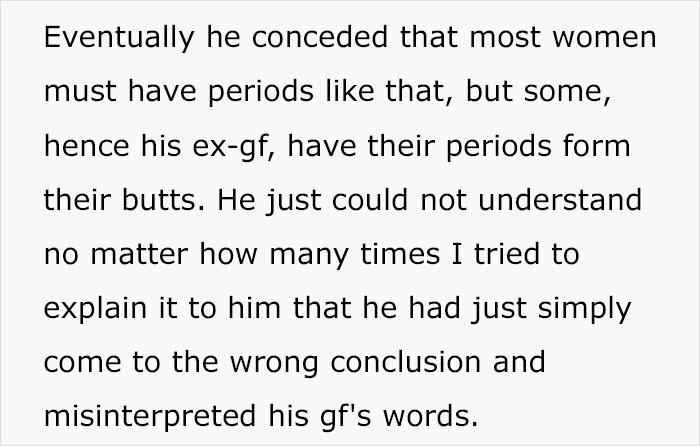 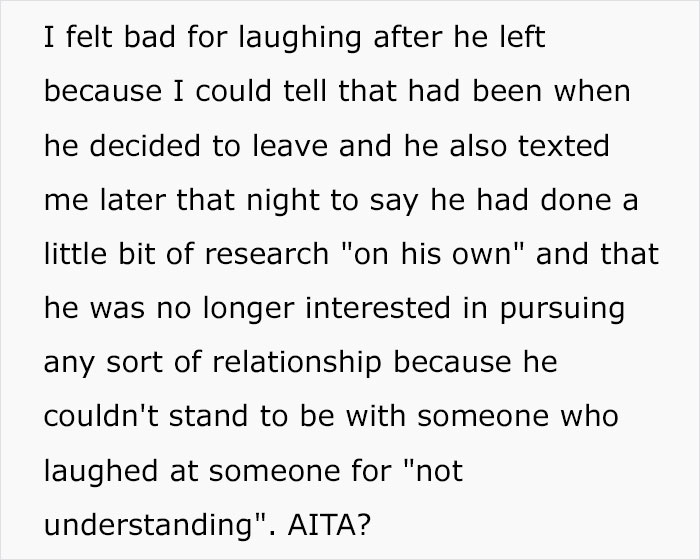 This story shed a light on how big the gap in men’s knowledge of women’s and trans people’s menstrual cycles really is. A new study commissioned by Intima and conducted by YouGov surveyed 1,091 American males and found that a minority, only 41% of men, could correctly identify what exactly menstruation is.

The survey’s findings were pretty shocking. In fact, 52% believed a menstrual cycle lasts anywhere between 1-6 days, when in fact a menstrual cycle is between 23-35 days. The fact was correctly identified by only 20% of men.

Moreover, when respondents were asked to describe what having a period would feel like, a leading 40% said they would feel physical pain, followed by 36% revealing that a period would have no effect on them at all.

And when it comes to menstrual hygiene, a whopping 65% of men said they have no idea what a menstrual cup is or how it works. Similarly, 33% of men believed a box of 36 tampons costs from $13 to $20. 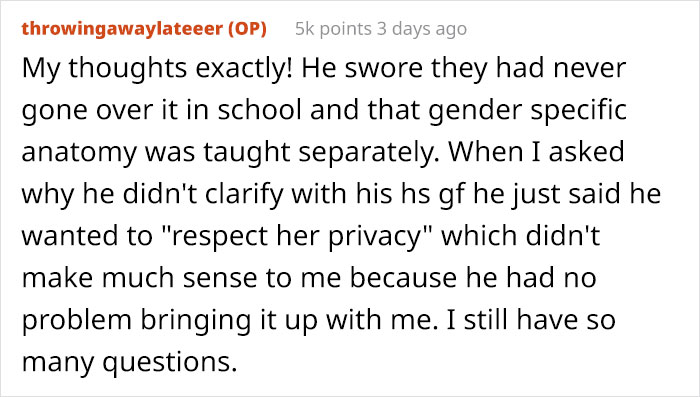 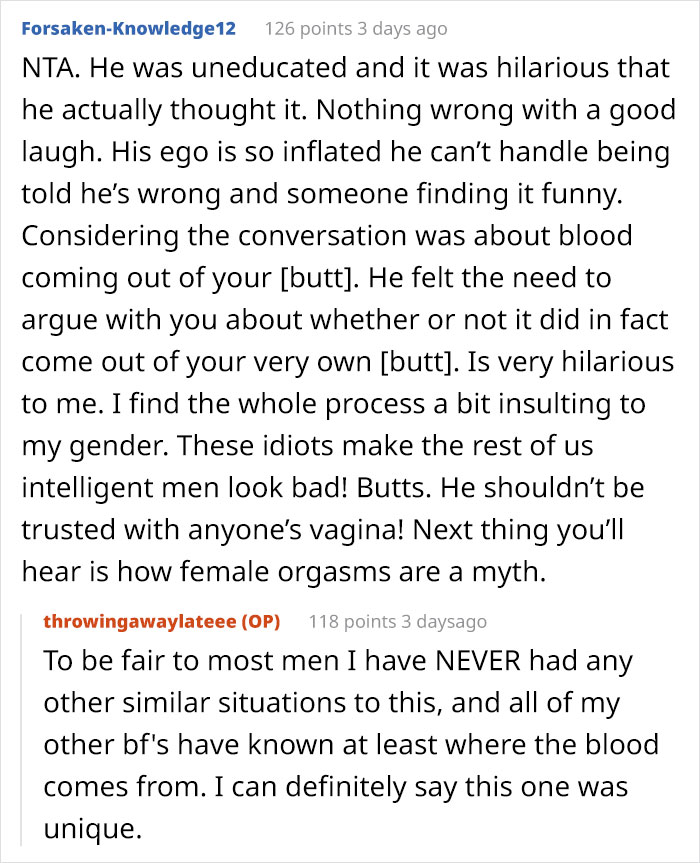 And this is how people reacted to the story 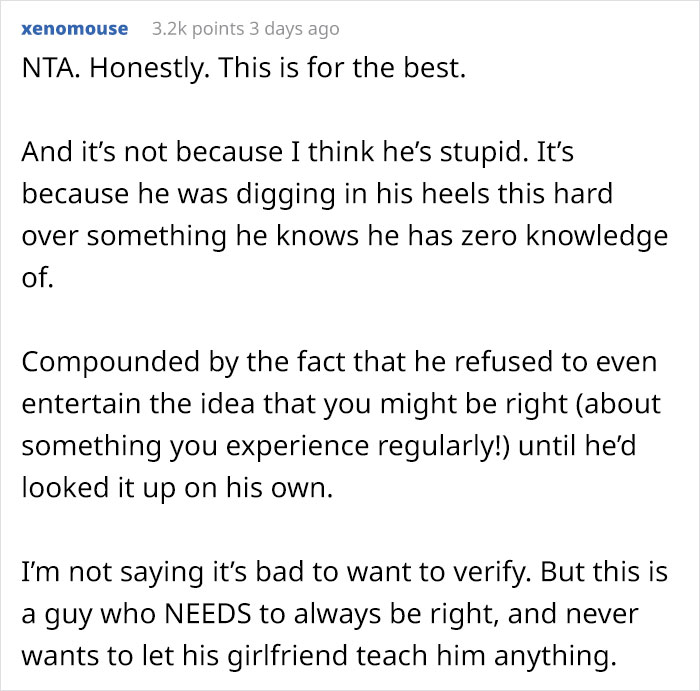 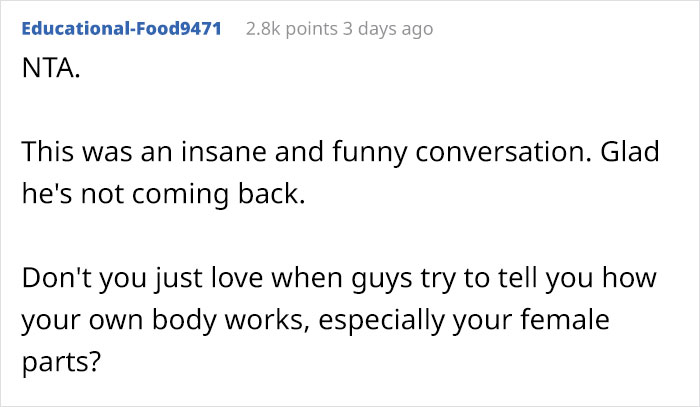 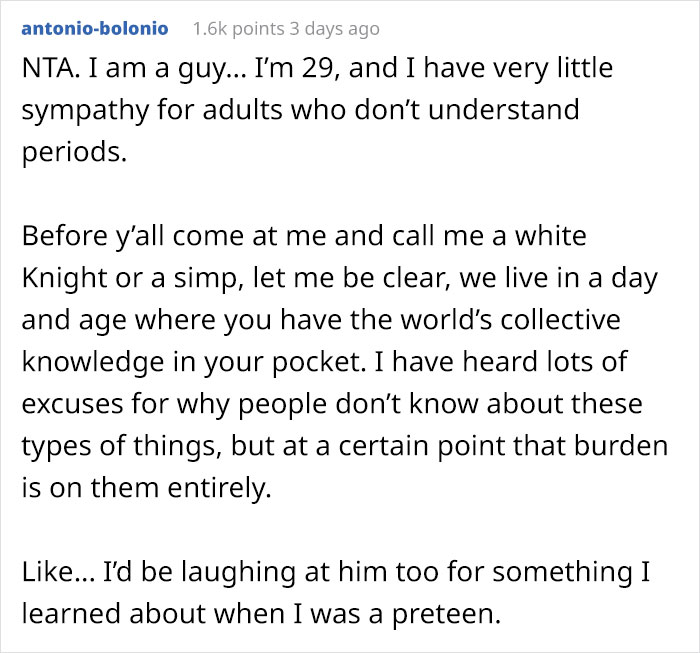 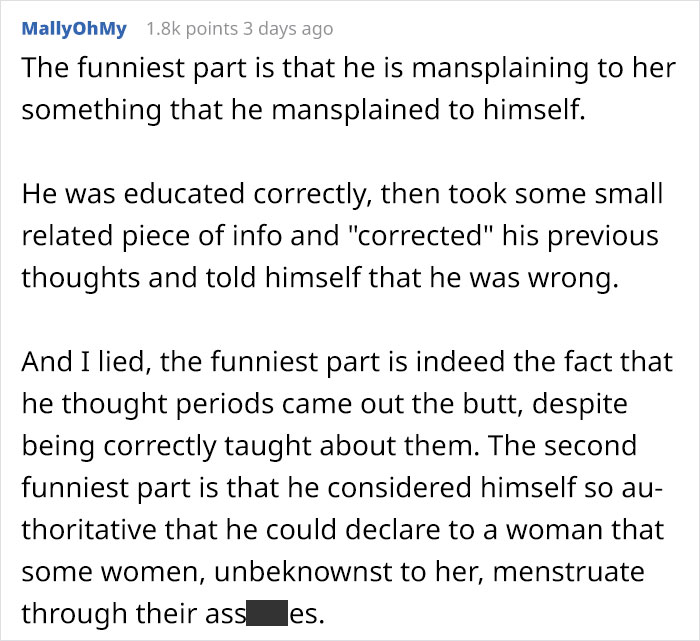 The post Date Turns Sour After A Woman Has To Explain To A 22-Year-Old Dude That Periods Don’t Come Out Of Butts first appeared on Bored Panda.